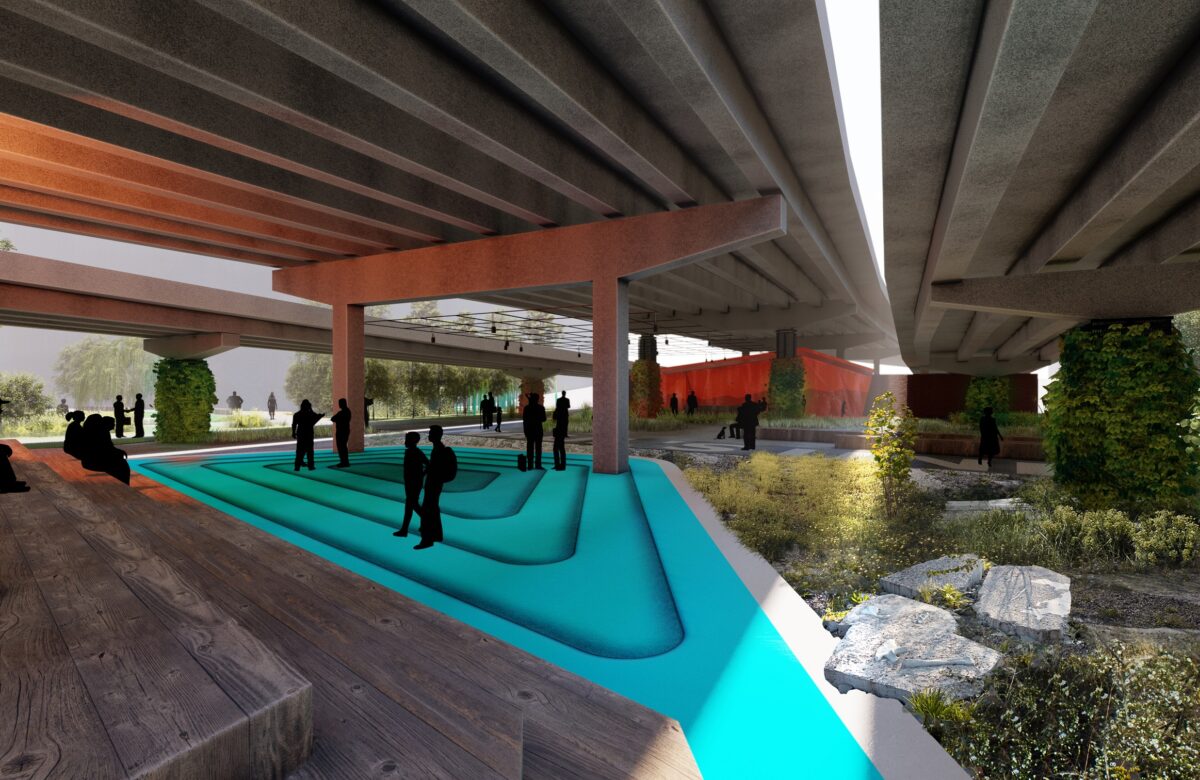 An innovative proposal to create a new urban park in Coventry city centre has been given planning approval.

The park is part of wider proposals by regeneration experts Complex Development Projects (CDP) to create a new community of over 700 homes on 6.5 acres of derelict land in Abbotts Lane.

The funding for the park is dependent on the approval of the housing scheme, which is expected to go to the committee within the next month and a green light would allow the park to be delivered in time for Coventry’s year as UK City of Culture, which begins in May.

The new linear park will provide a continuous 1km long green link from Belgrade Square in the city centre under the ring road connecting to communities in the north of the city.

The proposals recreate the culverted Radford Brook as the central landscape feature running through the development with natural landscaping and the planting of 210 trees and 1,900 saplings.

There will be new pedestrian and cycle routes under a raised section of the ring road, which will be brought to life as a new urban space with a climbing wall, performance amphitheatre, feature lighting and landscaping.

Improvements to the Edwardian Naul’s Mill Park, which opened in 1908, have been worked up in partnership with the active local friend’s group and include naturalising the large pond as a wildlife haven.

Construction works are ready to start in August but cannot proceed yet as the agreed funding for the project is dependent on the go-ahead for the wider scheme, which has been delayed by Covid.

Katie Burn, of CDP, said: “This scheme will reconnect communities in this part of Coventry in an environmentally-friendly manner by breaching the barrier of the ring road.

“It will link the old and the new, recreating the brook and regenerating the lovely Edwardian park transforming the area into something that Coventry residents can enjoy and take pride in.

“At a time when people have been going on walks in their local areas and cycling more, the new link will create a safe and attractive environment for people of all ages.

“This urban park will really showcase Coventry’s green credentials during its year as UK City of Culture and will be enjoyed for generations to come.”