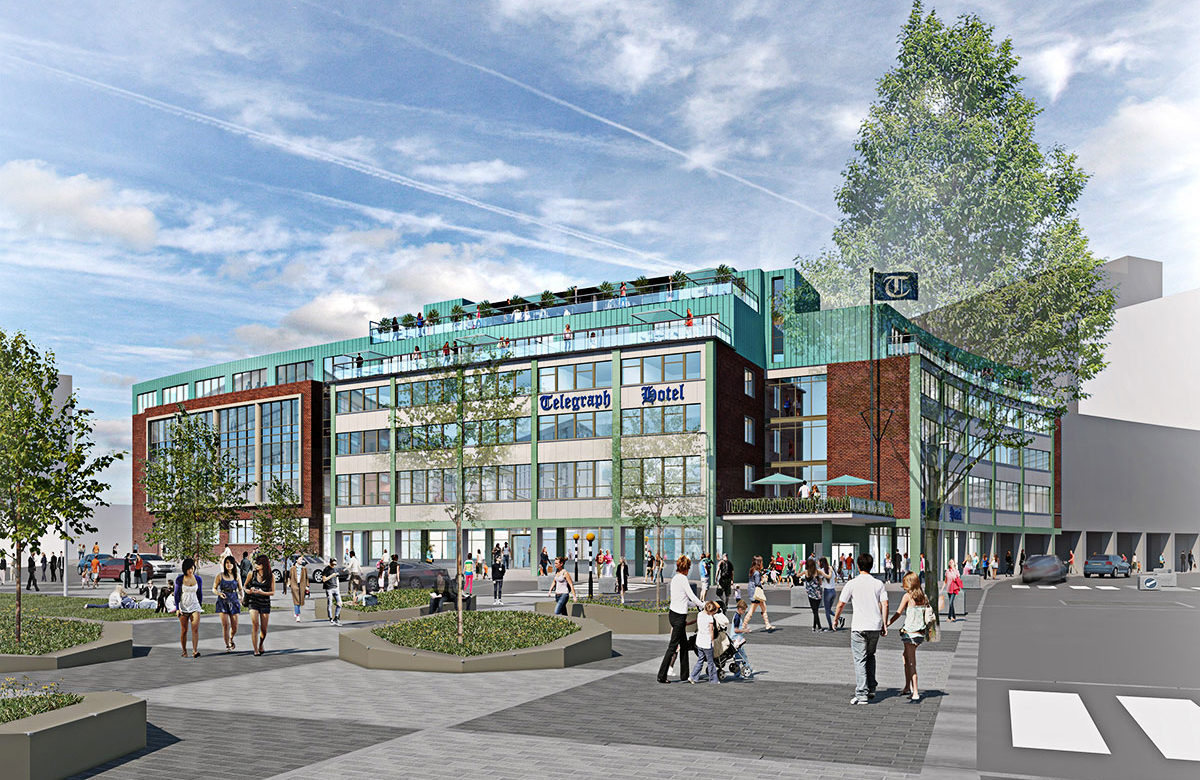 The former Coventry Telegraph building is set to write a new chapter in its history after exciting plans to transform it into a 1950-style boutique hotel have been given the green light.

Award-winning Complex Development Projects (CDP) will start construction work in 2019 to create a themed hotel which will mark the city’s famous Mid-Century architecture at the building in Corporation Street in Coventry city centre.
Around 100 bedrooms, a ground floor restaurant and bar, meeting rooms, penthouse suites and a rooftop bar have been approved by Coventry City Council planning department.

The hotel plans also involve a banqueting or conference room to seat up to 300, as well as the Lord Iliffe Suite – the restored top floor apartment of the former owner of the newspaper.

About 130 jobs will also be created when the hotel is open which is planned to be ahead of Coventry being UK City of Culture in 2021.

Ian Harrabin, of CDP, said this would be a totally different hotel to the current offering in the region.
“We are really excited to have been given approval to create a hotel which will be a platform to celebrate Coventry’s post-war regeneration,” he said.

“The building is located in a prime spot in the city centre and this is a great opportunity to save an iconic piece of 1950s architecture because we will be preserving many of its original features and artefacts.

“Many notable events in the city’s history have been told from the Coventry Telegraph’s offices and there will be individually themed bedrooms which will replicate significant stories from its newspapers.

“We are confident this innovative hotel will boost the city’s economy and attract visitors not only during the year-long City of Culture celebrations but long-term because the kind of hotel we have designed will attract visitors who want to stay in a boutique hotel during a leisure break.

“This is another part of the jigsaw in the regeneration of Corporation Street and work will start soon on removing the internal elements of the building before the major work starts next year.”

Cllr Jim O’Boyle, Coventry City Council Cabinet Member for Jobs and Regeneration said transforming the former Coventry Telegraph building into a hotel would provide much-needed accommodation in the city – with a stylish twist.
He said: “CDP has a great track record of giving a new lease of life to much-loved buildings in the city and this will be a project that will be carried out with plenty of care to preserve important pieces of the city’s 1950s architecture.

“There will be a massive upsurge in visitors when we are UK City of Culture in 2021 and this hotel will mean they will be staying at a memorable place which will hopefully encourage them to return to the city time and time again.”