Coventry brook flowing for the first time in over 100 years

One of Coventry’s ancient watercourses which used to power a medieval fulling mill on the edge of the city centre is flowing again for the first time in over a century thanks to a major new naturalisation project.

The recreation of the Radford Brook is part of a £6m land reclamation project by Complex Development Projects (CDP) and funded by West Midlands Combined Authority, to create a new 700m Linear Park from Belgrade Plaza to Naul’s Mill Park as the centrepiece for a major new housing development.

Around 400 metres of underground pipework has been installed to bring the culverted brook under two roads to re-emerge in the former depot and gas works site where thousands of new trees and plants will create a green corridor for wildlife.

The former mill pond in Naul’s Mill Park converted into a model boating lake in Edwardian times, has also been naturalised to create a new wildlife haven and improve the water quality in the heart of the city.

The foundations have been laid for two new feature bridges over the brook, which powered the 12th-century Naul’s Mill built for the cleaning of cloth which was the source of the city’s medieval wealth. 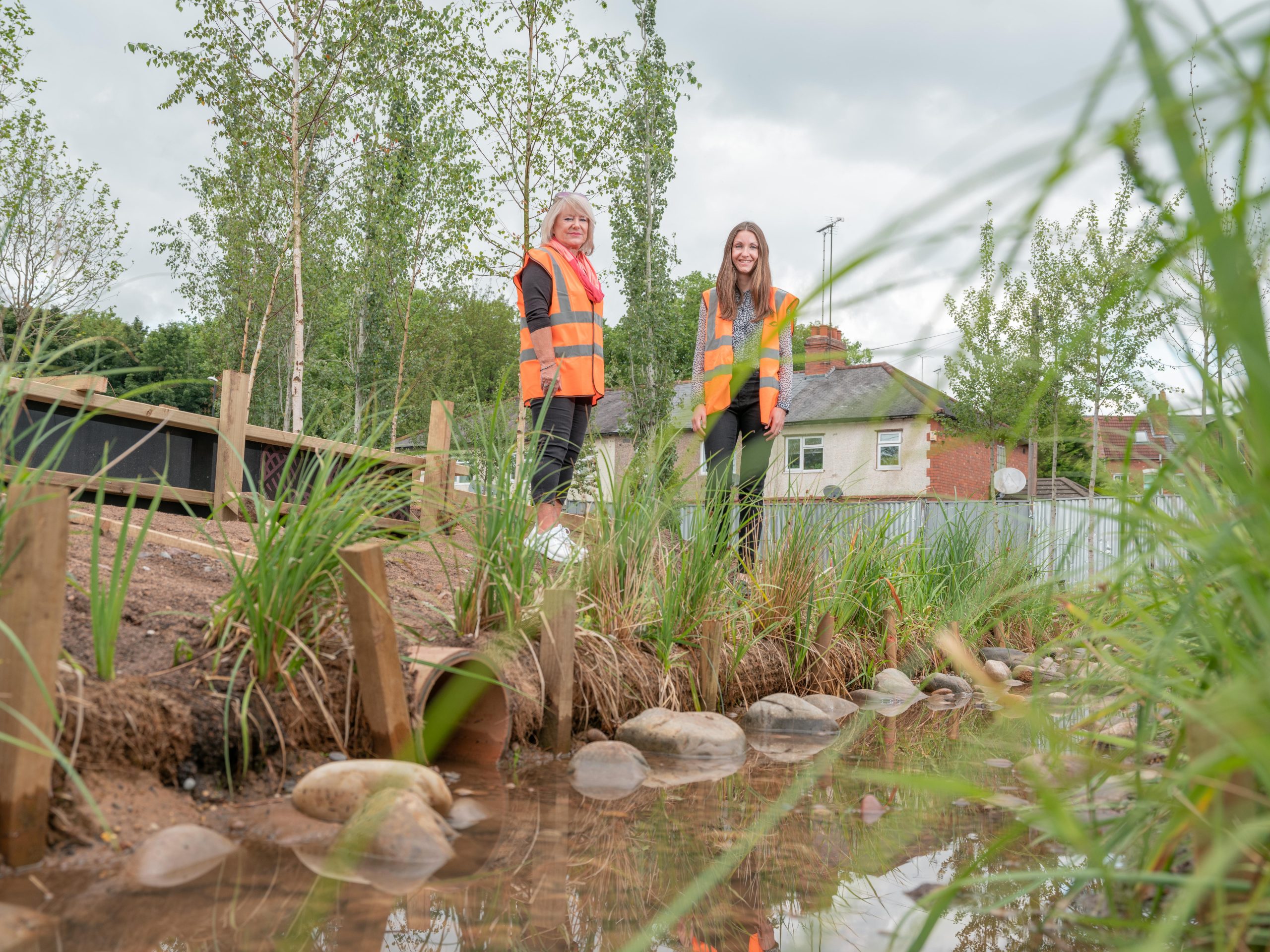 The Linear Park is expected to be completed and opened to the public in October this year, and Naul’s Mill Park will host the Beneath the Trees event on August 28 which is part of UK City of Culture.

Katie Burn, senior development executive at CDP, said Radford Brook will be the focal point of a proposed new high-quality residential district for the city.

She said: “This new water feature is already bringing wildlife back to a site that had been a contaminated gasworks for 200 years.

“Coventry’s gasworks was founded in 1821 and turned what must have been an idyllic setting of the stone mill and brook into a fenced-off industrial wasteland. We wanted to turn the clock back to bring a wildlife corridor right into the city centre for people to enjoy.

“We have already finished work on the large pond with natural planting around the edge that will grow over the coming months to provide a habitat for newts, fish and wetland birds.

“The Linear Park will be transformational for this part of the city, providing a direct green link from the city centre under the raised ring road and out to the suburbs.”

The work is being carried out by Coventry-based landscape contractors Idverde.

Cllr Patricia Hetherton, Cabinet Member for City Services at Coventry City Council, said: “The transformation is already astounding and I can’t wait to see the project completed with the new bridges in place and the plants fully grown. We have seen a great public response to the water features installed as part of the public realm improvements in the Upper Precinct and this will have similar appeal with a piece of countryside recreated right on the edge of the city centre.”

Please take a look at the video to see the brook in all its glory!