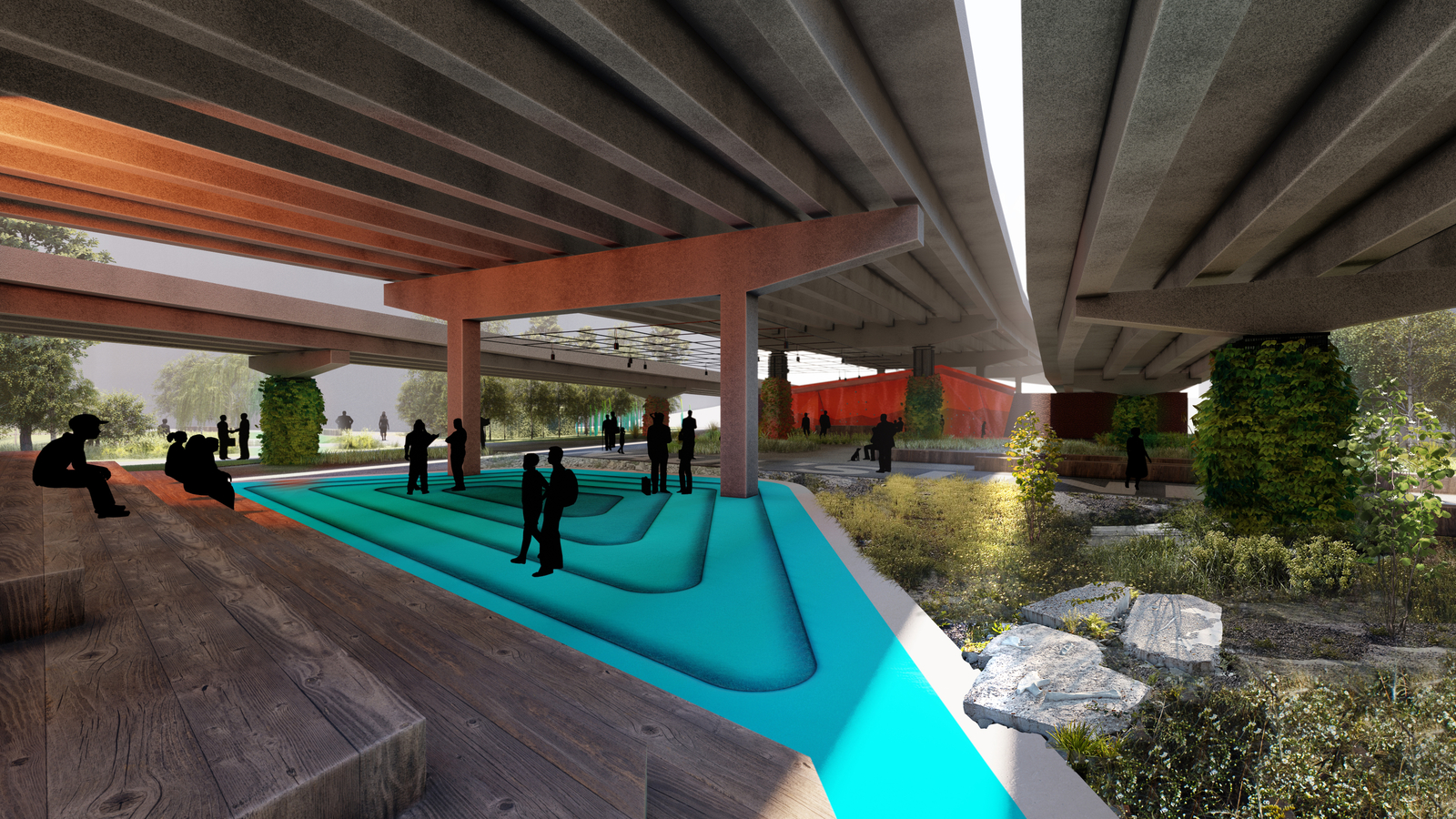 Works are progressing well for a  new linear park which will provide a continuous 1km long green link from the top of Naul’s Mill Park, under the ring road through to Belgrade Plaza in the city centre.

The route follows the line of the culverted Radford Brook which will be recreated as a natural habitat through the former Gas Works site in Abbotts Lane, where CDP is proposing to create a new residential community of more than 700 apartments.

The pedestrian and cycle route passes under a raised section of the ring road, which will be brought to life as a new urban space with a new climbing wall, performance amphitheatre, feature lighting, and landscaping.

The route connects the city centre to Edwardian Naul’s Mill Park, which opened in 1908 following the demolition of the medieval mill in 1889.  Improvements to the park including naturalising the large pond as a wildlife haven are also underway.

Where pedestrians currently have to navigate a narrow and unattractive path underneath the ring road, the proposals will deliver a broad urban space to create a safe and dynamic environment throughout the day. The plans showcase the area’s history, re-creating the culverted Radford Brook and regenerating the beautiful Edwardian Naul’s Mill Park to become a major green asset for the city centre.

The park is due to open in September 2021